As Congress barrels toward an election that could see at least one house change hands, efforts to squeeze a few big bills into law are mounting.  The one with the best chance (better than I expected) would drop $52 billion in cash and a boatload of tax breaks on the semiconductor 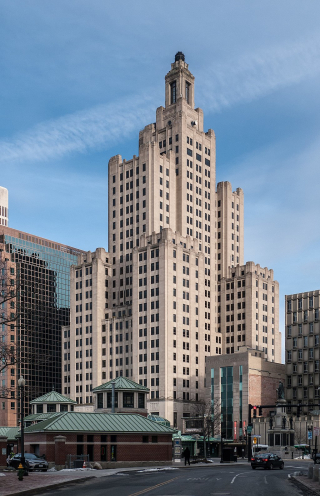 industry. Michael Ellis points out that this is industrial policy without apology, and a throwback to the 1980s, when the government organized Sematech to shore up US chipmaking. Thanks to a bipartisan consensus on the need to fight a Chinese challenge, and elimination of controversial provisions that tried to hitch a ride on the bill, there now looks to be a clear path to enactment for this bill.

And if there were doubt about how serious the Chinese challenge in chips will be, we highlight an undercovered story revealing that China’s chipmaking champion, SMIC, has been making 7-nanometer chips for months without making a public announcement.  That’s a diameter that Intel and GlobalFoundries, the main US producers, have yet to reach in commercial production.

The national security implications are plain. If commercial products from China are cheap enough to sweep the market, even security-minded agencies will be forced to buy them, as it turns out the FBI and DHS have both been doing with Chinese drones. Nick recommends that policymakers read his Lawfare piece showing just how cheaply the US (and Ukraine) could be making drones.

Responding to the growing political concern about national security and Chinese products, TikTok’s owner ByteDance, has  increased its U.S. lobbying budget to more than $8 million a year, Christina Ayiotis tells us; that's an amount, I point out, that just about matches what Google spends on lobbying.

In the same vein, Nick Weaver and Michael question why the government hasn’t come up with the extra $3 billion to fund “rip and replace” for Chinese telecom gear. That effort will certainly get a boost from reports that Chinese telecom gear was offered on especially favorable terms to carriers who service America’s nuclear missile locations. I note that the Obama administration actually paid these same rural carriers to install Chinese equipment in the teens, as part of the 2009 stimulus law. I can’t help wondering why US taxpayers should pay those carriers both to install and to remove the same gear.

In news not tied to China, Nick tells us about the House’s serious progress on a compromise federal data privacy bill. It’s probably still doomed, given resistance from Dems (and maybe the GOP) in the Senate. I argue that that’s a good thing, given the bill's egregious effort to impose “disparate impact” quotas for race, color, religion, national origin, sex, and disability on the outcomes of every algorithm that processes even a little personal data. This is a transformative social engineering project, imposed by a single section (207) of  the bill without any serious debate.

Tina grades Russian information warfare based on its latest exploit:  hacking a Ukrainian radio broadcaster to spread fake news about Zelensky’s health,  As a hack, it gets a passing grade, but as a believable bit of information warfare, it’s a bust.

Tina, Michael and I evaluate YouTube’s new policy on removing “misinformation” related to abortion, and the risk that this policy, like so many Silicon Valley speech suppression schemes, will start out sounding plausible and end up enforcing political correctness.

Nick and I celebrate DOJ’s increasing though still episodic success in seizing cryptocurrency from hackers and ransomware gangs. It may just be Darwin at work, but it’s nice to see.

And in updates and quick hits:

You can subscribe to The Cyberlaw Podcast using iTunes, Google Play, Spotify, Pocket Casts, or our RSS feed.  Send your questions, comments, and suggestions for topics or interviewees to CyberlawPodcast@steptoe.com.

The views expressed in this podcast are those of the speakers and do not reflect the opinions of their institutions, clients, friends, families, or pets.

* This week's title is an obscure Rhode Island tribute to the Industrial Trust Building, known to a generation of children as the ‘Dusty Old Trust” building until a new generation christened it the “Superman Building.”