« The week in cyberlaw and an interview with Bob Litt, DNI General Counsel | Main | Can we trust web journalism? »

It's Time to Open Nominations for the 2015 Privies

The chill in the air reminds me that it’s time to open the floor to nominations for the annual awards for Dubious Achievements in Privacy Law -- the Privies for short. The prizes are an opportunity to consider why privacy laws, always enacted amid proclamations of the best motives, nonetheless turn out so badly so often. 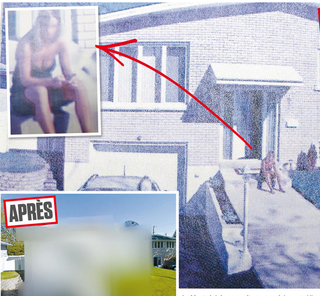 You can read all the nominations for 2014 here.  The winners, chosen by privacy professionals and the public, can be found here.

To start things out, it’s hard to find a better candidate for Dumbest Privacy Case of the Year than the recent decision by a Quebec judge, Alain Breault, who awarded a woman $2250 for a Google Street View photo of her sitting on her front stoop in a skimpy top.  Maria Grillo claimed to have suffered shock and embarrassment when she saw just how much cleavage Google had caught on camera.  Embarrassing?  Maybe.  Worth $2250?  You be the judge. The before and after clips from Google Street View are from the Journal de Montreal.

The judge acknowledged that she was in public when the photo was taken from the street, but he waved all that away as an “American” view of privacy.  North of the border, he averred, a more “European” view of privacy applies.  Apparently this means that privacy liability can always be imposed on American technology companies for, well, pretty much anything.