"We All Got To Serve Someone"

That Picture?  Forget it.  No, Really. I Insist. 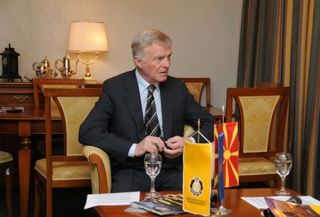 Now he wants us all to forget those unforgettable pictures of a naked, sixty-eight-year-old man being tied up and whipped. Actually, he doesn't just want us to forget.  He insists.

And so do the French courts.  In 2013, the French Tribunal de Grande Instance ruled, more or less, that the privacy laws are nothing if not protective of wealthy and famous men who can afford a five-hour, five-hooker discipline session.  It ordered Google not to link to those unforgettable pictures , managing with one decision to discredit both itself and French privacy law.

"You Think He Insists? Have You Seen Our Prisons?" In the midst of a highly charged bribery investigation of pharmaceutical companies operating in China, Peter Humphrey was arrested by Chinese authorities.  A respected corporate investigator who had represented Western pharmaceutical companies, he was known for investigating fraud.  He was not charged with participating in the bribery scandal.  Instead he was charged for investigating a little too enthusiastically -- for illegally buying and selling the personal information of Chinese citizens.

Yes, China has a privacy law. And it's working pretty much exactly the way you'd expect. 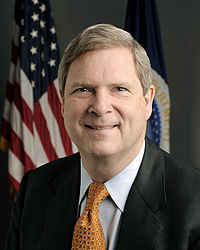 In 2013, the New York Times published a massive expose of the "Pigford" scandal, in which a claim that the Agriculture Department had discriminated against minority farmers was settled by creating a fund in excess of $1 billion.  Payments up to $50,000 were then distributed to anyone who was willing to claim it, with little review of the claims.  Claims were made on behalf of young children, on behalf of every resident in apartment buildings.  Many claims used the same stories, told in the same handwriting to collect multiple payments.

Who filed these dubious claims, and would their stories stand up to investigative journalism, the New York Times wondered.

Because it turns out that all those similar stories with the same handwriting and all those apartment residents with their shared commitment to farming are protected from scrutiny by the majesty of American privacy law.  At least that's what Secretary Vilsack's department told the New York Times.  According to the paper:

The true dimensions of the problem are impossible to gauge.  The Agriculture Department insists that the names and addresses of claimants are protected under privacy provisions.

Now you might not think that the recipients of these payments are especially powerful, but there's no doubt that a deeper investigation of the program would have been deeply embarrassing to high-ranking officials, including many at the Agriculture Department that, conveniently, found that privacy law prevents it from giving the Times's reporters any more grist for their mill.

It’s pretty embarrassing to have your property put up for auction because you didn’t pay your taxes.  But in Spain, if you’ve got the money and the connections to pursue litigation before the Agencia Española de Protección de Datos, that embarrassment can just be wiped off the Internet, even if the auction was published in a major Spanish newspaper.  The Spanish data protection agency decided that the auction just isn’t relevant any more, to anyone, so it ordered the item struck from Internet search results. This year, the agency’s interpretation of its authority went before the European Court of Justice, and the court’s advocate general recommended that the decision be reversed.