Why wasn't Tsarnaev questioned at the border?

There's been considerable speculation about how the government handled Tamerlan Tsarnaev's return from Russia. Before Tsarnaev's return, both the FBI and the CIA had suggested that Tsarnaev belonged in the government's classified terrorist database, and according to some reports an alert for Tsarnaev was entered into the DHS border system. Yet according to Secretary Napolitano  these systems "pinged" when Tsarnaev left the country but not when he returned six months later.

The lack of a ping upon Tsarnaev's return to the United States suggests a gap in US border defenses.  In general, the outbound "ping" is not a big deal.  It tells us that a terror risk is leaving the country, more a matter for celebration than suspicion.  We don't usually inspect or question departing passengers, so it would have taken a pretty unusual notice to earn Tsarnaev much scrutiny on departure.

But his return should have been different.  He was entering the country, and at the border the government's authority to stop travelers, to question them, and to search their luggage, including their electronics, is at its zenith.

If we have any doubts about the intentions of a returning green-card holder, this is the time and place to question him. When the FBI paid a visit to Tsarnaev's home, Tsarnaev had complete control of the interview.  He could throw the agents out whenever he chose, and he could certainly refuse to let them look at his computer and phone. 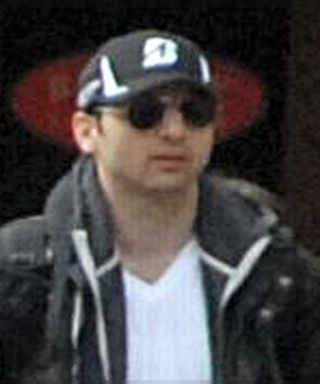 At the border, though, he can't.  We could have learned a lot more about Tsarnaev's journey into radicalism there.  For example, the FBI's preliminary investigation included checking to see if Tsarnaev had posted on certain radical Islamist websites, but it couldn't know what he might have downloaded, and it's not clear that the FBI had any way to tell what he might have posted under a pseudonym.  Again, the government had its best chance of discovering those things by conducting a secondary inspection of Tsarnaev when he returned from Russia.

So why didn't it? I doubt that it was a lack of DHS resources or a flood of higher priority travelers.  There may be half a million people in the terror database, but on any given day, there can't be more than a couple of dozen flying into the United States. Since DHS conducts hundreds if not thousands of secondary inspections at airports every day, you'd expect it to routinely take a look at everyone who's ended up in the terrorist database.

Unless they've been cleared.  There was a hint in Secretary Napolitano's testimony that Tsarnaev wasn't interviewed at the border because the FBI had closed its investigation.  This may mean that the administration has adopted a policy of treating the closure of an FBI preliminary investigation as "clearing" the subject of the investigation.

There are lots of ways that such a policy could have come about.  The FBI could have claimed exclusive authority to interview terror risks at the border, so when DHS calls to say "We've got this guy Tsarnaev coming in; do you want to talk to him?" and the bureau says, "Nah, we closed his case," then DHS is expected to stand down.

If that's the policy, it's dumb.  The FBI may have closed its investigation because it didn't find anything using its very limited authorities, but that should not prevent other agencies from using broader authorities to explore the Russian warnings in more detail.

It's also possible that DHS itself has adopted a policy of not inspecting people in the terrorist database if the investigation has been closed.  That would be equally dumb; closing an investigation for lack of evidence is not the same as clearing the traveler of all suspicion, especially given the FBI's limited ability to act on a vague tip from Russia.

In any event, this is one place where we should be seeking lessons from the Tsarnaev matter.  It sure looks as though the system failed.  Tsarnaev should have been given a very close look as he entered the United States. But it seems as though someone -- probably at the FBI, perhaps at DHS or elsewhere -- decided we should just say "Welcome home" and wave him through.