I was struck by the EU competition bureau's recent threat to punish Google because of "the way Google copies content from competing vertical search services and uses it in its own offerings." (Vertical search services are specialized search engines like Yelp and Kayak that help people find local restaurants or cheap flights and rental cars.)

In his public statement, the EU's vice president for competition policy, Joaquin Almunia, seemed to say that Google is abusing a dominant position in search by "copying original material from the websites of its competitors such as user reviews and using that material on its own sites without their prior authorisation." This is bad, says Almunia, because: 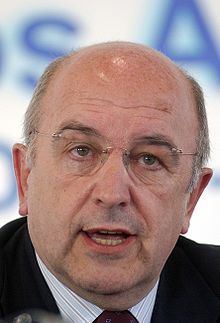 "In this way they are appropriating the benefits of the investments of competitors. We are worried that this could reduce competitors' incentives to invest in the creation of original content for the benefit of internet users. This practice may impact for instance travel sites or sites providing restaurant guides."

This is odd language for a competition case, but quite familiar in an intellectual property context. The United States and the Europeans have a demanding copyright regime precisely to prevent companies from "appropriating the benefits" of other people's content; and this regime has been expanded many times in living memory to better protect the investments of copyright owners.

Indeed, going the U.S. one better, the EU has adopted an additional set of intellectual property protections for compilers of databases; these protections cover uncopyrightable compilations, like phone books.

Again, the point of both laws is to create "incentives to invest in the creation of original content" -- and to balance those incentives against society's interest in the free exchange of information. If Google had violated either regime, presumably it would be in court or under investigation for doing so. (Marvin Ammori has a recent post explaining why they aren't.)

Indeed, reading the EU's press release, it appears that vertical search providers need a super-copyright not only in their own work but in their users' comments as well.

That may or may not be good competition law, but it sure looks like overkill when viewed through an intellectual property lens.

CAVEAT LECTOR: My law firm and I have done work for Google, though not in connection with competition or EU issues.