« Will Jeff Bezos Bring Feudal Security to the Net? | Main | Misadventures in Mustang »

The Science is Settled: You're Just Too Bone Stupid to Live

The Institute of Medicine, part of the National Academy of Sciences, has studied the problem of how to distribute antibiotics in the event of an anthrax attack.  It’s a big problem, because, as the study confirms, the antibiotics have to be in people’s hands (mouths, really) within 48 hours of an attack.  And it may take the government almost that long to realize we’ve been attacked.  So, the scientists had a choice between recommending (1) a Big Government solution, in which the government stockpiles the antibiotics, flies them to the affected area when needed, and relies on the near-bankrupt Postal Service to get them to the right people in time, or (2) letting people have (or buy) Medkit packets of antibiotics to store at home for an emergency. 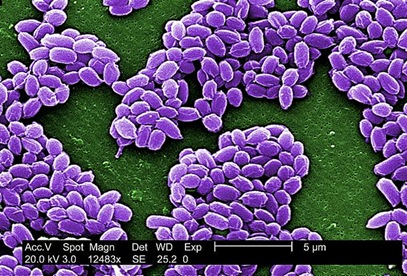 The study was funded by HHS, so you won’t be surprised to discover that the Institute recommended (1) a Big Government solution.  The main reason it gives is that you and the rest of the public are just too bone stupid to be trusted with antibiotics.  But to spare your feelings, the Institute puts it this way:  letting you have antibiotics raises “the potential for inappropriate use in routine settings (e.g., using the antibiotics to treat a cold) and the potential for widespread inappropriate use in response to a distant anthrax attack, a false alarm caused by a nonanthrax white-powder event, or some other public health emergency for which antibiotics are not indicated.”

But, really, “too bone stupid” is pretty much what they meant.

This is the National Academy of Sciences, of course, so they’ve got scientific evidence of our stupidity.  Like, for example, the Center for Disease Control gave more than four thousand people in St. Louis special antibiotic medkits to hold for an emergency.  Months later, they went back and collected them.  They counted the people who had engaged in “inappropriate use in routine settings.” And they found, uh, four.  Not four percent, four people.  That’s one-tenth of one percent, last time I looked.

Apparently we weren’t as dumb as the National Academy of Sciences would like to think, so they declared that this science wasn’t settled, in fact it wasn’t even worth thinking about.  Why?  Because participants were promised a $25 gift certificate if they completed the study. According to the National Academy’s report, this promise of a gift card so tantalized the unwashed masses that they pretended to be less stupid than the scientists know we really are. So the study didn’t count.

Once all that nasty unpredictable science was out of the way, the National Academy of Sciences was free to say what it wanted to say all along:  No antibiotics for you.

But the gob-smacking foolishness of relying on government distribution of antibiotics in an emergency was simply too obvious for even the Institute of Medicine and the National Academy of Sciences to completely ignore.  So they encouraged the distribution of some medkits to some people.

Do you really have to?  The study tentatively recommends that the life-saving kits be issued to “some first responders, health care  providers, and other workers that support critical infrastructure, as well as their families.” Apparently medical workers aren’t too stupid to live, according to the Institute of, uh, Medicine.  And neither are government workers – those postal workers, the cops that will have to accompany them, and anybody else in government who’s smart enough to call himself a first responder (want to bet that includes the Governor?).

And their families too, of course.  We’ll need to repopulate, after all.

Have I been unfair to the authors?  It’s possible.  I went through the report fast, and with mounting blood pressure.  So I welcome corrections. Or jokes about government health care, as you choose.

The more important question is:  What can you do to protect yourself from this astonishing bit of policy malpractice?

Here, at least, I can praise the report, because it acknowledges, a bit grudgingly, an option I highly recommend:  Ask your doctor for a prescription for antibiotics and stash them in a cool, dark,dry place (not your warm, light, wet bathroom).  If your doctor balks, you can quote this passage from the report:

Personal stockpiling might also be used for certain
individuals who lack access to antibiotics via other timely
dispensing mechanisms (for example, because of their
medical condition and/or social situation) and who de-
cide—in conjunction with their physicians—that this is
an appropriate personal strategy. This is allowed under
current prescribing practice and would usually be done
independently of a jurisdiction’s public health strategy
for dispensing medical countermeasures.

Of course you’re supposed to persuade your doctor that you’d “lack access to antibiotics via other timely dispensing mechanisms.” I suggest reading him the part about how the Postal Service will carry out the distribution. If that doesn’t convince him, maybe you need a smarter doctor.

My husband has a favorite saying for circumstances like this that comes from the character,'Thor', in the cartoon, "B.C."...Logic wins again!"