« Gaga Scats | Main | The Science is Settled: You're Just Too Bone Stupid to Live »

Will Jeff Bezos Bring Feudal Security to the Net?

The Kindle Fire is a remarkable innovation in the Apple mold:  taking a bunch of components that are pretty well known and combining them into a powerful new experience.  But unlike Apple, Amazon’s integrating vision isn’t visual design or even user delight.  Instead it’s far more ambitious -- a new vision of the entire Internet ecosystem.

OK, let me try that again without the Valley babble.  The Kindle Fire forks Android into an Amazon-designed and Amazon–controlled operating system.  So far, no surprises. Amazon owns and subsidizes the hardware, too, so it can design features that integrate operating system and processor tightly.  Again, nothing that Apple can’t do.  But then comes the clever, almost-new idea:  Fire uses its own browser, called Silk, which is designed to work with Amazon’s massive cloud computer.  So instead of downloading web pages one after the other and opening them on your computer, Amazon’s cloud stores and even opens them, sending you the end result.  This allows speedier downloads for a couple of reasons:  Caching of popular pages (or even parts of pages) avoids download delays when the original source is overloaded; and Amazon’s cloud can handle even the most processor-intense pages instantaneously, far faster than your wheezing desktop machine.  In short, your Internet experience on the Fire ought to be lightning quick. 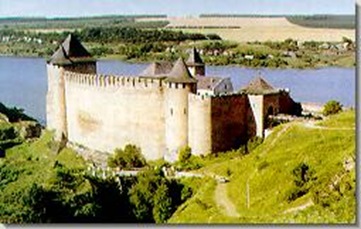 There’s another advantage to this new vision of what might be called the Bezosnet.  The Bezosnet ought to be a lot more secure.  One way that hackers compromise your machine is by getting you to go to malware infected sites.  Just visiting the site triggers routines that take over the visitor’s computer.  But if the routine runs, not on a visitor’s computer but in a virtual environment at Amazon’s data center, the attacker’s code isn’t likely to work.

In fact, it looks to me as though Amazon has a remarkable security opportunity here.  It controls the Fire hardware, the Fire operating system, and the Fire user’s internet connection. If a Fire tablet joins a botnet, Amazon will know immediately. It can quarantine the tablet and alert the owner.  Indeed, it can go further, performing diagnostics to figure out and remedy the security flaw the botnet exploited. If a Fire tablet starts sending beacons or massive encrypted data files to a Chinese controller site, Amazon can spot the pattern and alert the user or even block the transmissions.  No one else, not even Apple, maybe not even DoD, will have the same ability to drive security into all parts of the Internet ecosystem.

If Amazon exploits its security opportunity, this could be transformative for users. To take one example, most people are, or should be, wary about Internet financial transactions.  Small businesses that do electronic funds transfers are at enormous risk today.  Like consumers, their machines are easily compromised, but unlike consumers, their losses to hackers are not underwritten by the banks.  That’s costing them easily hundreds of millions of dollars a year. As small businesses come to appreciate the risk, Amazon has a chance to persuade them that a dirt-cheap Amazon Fire tablet is the only safe way to access their funds.

Competitively, that could put Amazon squarely in the stream of high-value Internet transactions.  Maybe it becomes a bank.  Maybe it forces Mastercard and Visa to give it a discount because fraud on Amazon-mediated transactions is lower. Maybe it takes on Google’s relationship with advertisers, since now Amazon has insight into information advertisers really want:  what are consumers actually buying and how much are they paying? Maybe it kills the prospects of ISPs and telcos hoping to transcend dumb pipe status and exploit their direct connection to consumers; that connection won’t be much use if Amazon controls and can encrypt the entire stream of communication.

For consumers, the Fire opens up a prospect of feudal security on the Internet.  We already know that we can’t protect our own machines from attack. For all the talk of insecurity in the cloud, it’s almost certainly more secure than the decentralized system we have now. To take one example, I have a lot more faith in Google’s ability to protect my gmail account than in the ability of my system administrator to do the same for my corporate account.  And I have more faith in Amazon’s ability to spot malware infested websites than in my ability to do the same, even with help from Google and antivirus software. Yes, you’re putting all your eggs in one basket, but you’re also hiring someone to guard that basket while you get on with life. Sooner or later, to get security, it looks as though we’re all going to have to pick a liege lord and shelter under his castle walls. And now Amazon has an chance to build the first string of forts and castles across the most desirable territory.

Of course, where there’s feudalism, there’s droit de seigneur. The price for security will be, probably must be, a loss of privacy, anonymity, and control to Amazon.  Right now, Amazon’s terms of service provide some contractual anonymity to users, but as a technical matter Amazon has total visibility into everything that happens on a Fire tablet.  That visibility is very likely necessary for security, and it is damn sure valuable for commercial purposes.  So it’s hard to imagine that it won’t be used for both purposes.

I can hear the privacy Luddites cranking up their outrage machinery now.  As usual, they'll be a day late.  But they’ll also be a dollar short, at least if I’m right that the alternative to sheltering under Amazon’s walls is living out on the plains alone, at the mercy of marauders. No one will thank the data protection authority that saves us from Amazon by pushing us into the arms of the Russia Business Network. What the authorities can do is police Amazon’s terms of service and perhaps hold Amazon to any promises of security with tough new liability rules.  But, like Regulation Z, which declares that credit card fraud can’t cost US consumers more than $50, a rule imposing liability on Amazon for Internet security breaches could turn out to be an enormous market advantage (not to mention a tough barrier to entry for imitators).

All in all, then, the Fire Tablet is potentially a very big deal.  Too bad I’m too cheap to buy one.

(As always when I get into the details of security technology, I do so with considerable humility about my grasp of, well, actual technical details. This is technology poetry, not prose, and a first draft of the poetry at that. I welcome technical corrections. )