« Misadventures in Mustang | Main | Well, thats all right then »

Counterterrorism: Why President Obama Loves Travel Data as Much as He Loves Drones

Anyone who’s read Skating on Stilts knows I am a big believer in using travel data for counterterrorism purposes.  What’s more interesting is that the Obama administration has been just as enthusiastic.  Some of the reasons for its enthusiasm showed up in testimony to the House Homeland Security Committee last week, when the Department of Homeland Security released stories about its use of travel data that I had not seen before. 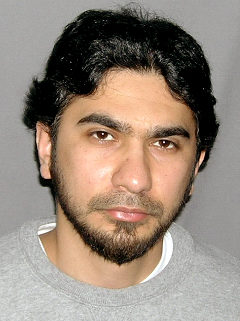 Remember Faisal Shahzad, the Times Square bomber who was pulled off a plane at JFK as it was preparing to leave the country?  It turns out that travel data was his nemesis, helping DHS and the FBI track him at every turn:

Early in this investigation, the Federal Bureau of Investigation (FBI) learned of Shahzad‘s cell phone number from a report shared by DHS.  The FBI ran the phone number in their ACS system and was able to connect it to the DHS report. Through good interagency cooperation, the FBI asked DHS if it had encountered any individual who reported this phone number during border crossings.  DHS searched its PNR database for the phone number, identified Shahzad, and learned other information he had provided to DHS.  DHS then provided the additional data to the FBI.  Later, Shahzad attempted to flee the United States, but DHS‘s analysis of departing passenger data identified him before departure and DHS removed him from the aircraft.

Najibullah Zazi was the guy who rented a truck and drove cross country to set off explosives in the New York City subway. It turns out we used travel data to identify the scope of the conspiracy and to interrogate him. According Indian news sources, Tom Bush, testifying for Customs and Border Protection, revealed that:

"Using PNR data, DHS and CBP worked closely with the FBI to crosswalk the names of his co-travelers against open counter-terrorism cases inside the United States and determined his co-travelers were being trained during the same trips to Pakistan in the same training camps. Zazi was arrested on September 19th, 2009, and the information from his PNR records were used in his questioning and his indictment. Zazi pled guilty in February 2010."

Particularly impressive was the use of travel data to identify David Headley, the American who did reconnaissance work for the Mumbai attacks

"Law enforcement intelligence information implicated a specific person in the plotting of a 2008 Mumbai attack, as well as the possible attacks against a Danish newspaper office. … Starting with a very common first name, David, a partial travel itinerary and a very vague travel timeframe, CBP was able to review its PNR data in connection with other DHS databases…. Within 24 hours, CBP was able to provide the FBI with the person's full name, address, passport number, travel history and other information useful to law enforcement pursuing him. You may know that person as David Headley, who pled guilty in March 2010."

In short, travel data has been crucial in keeping Americans alive during the ten years since 9/11.  And during the same decade, the European Union has been doing everything it can to cripple our use of travel data.  It’s forced four rounds of negotiation on privacy standards for travel data and then has blown up every deal it’s reached, always threatening to cut off the flow of data if the US doesn’t keep talking.

With that record, you’d be forgiven if you wondered whether Europe’s elite thinks it’s a good thing to keep Americans alive.

Or maybe, with that record, you’d be forgiven if you stopped wondering.

Could it be that another factor contributing to Europe's reluctance to share data with us is that we have done an absolutely horrendous job of screening our national security employees?