I've posted photos from the trek for those who want to see them.  Next up:  the journal. 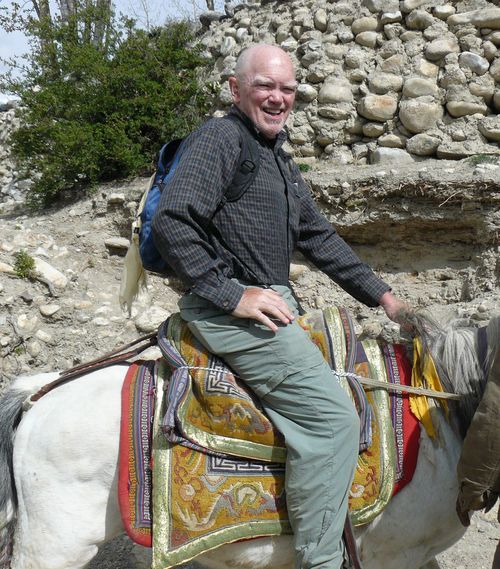 It took twenty years before the Somali refugee program began producing “home-grown” terrorists in any numbers, and they were home-grown in a real sense; many were disaffected second-generation immigrants rediscovering their Somali roots and ancient Somali loyalties.

The Iraq refugee program seems to have eliminated the twenty-year lag, admitting at least two fully-formed militant Islamic terrorists in April and July of 2009, according to the indispensable Lawfare blog.  Upon admission as terrorists, and while they were probably still receiving welfare and other assistance from the US government, the two resumed their careers in support of terrorism aimed at American troops.  Luckily, the FBI was in control of their terrorist planning, and the two have now been arrested and indicted.

So far, so good.  But the arrests raise real questions about the Iraq refugee program.  The United States has admitted over 50,000 refugees from Iraq since the war there began.  Conditions are chaotic, and it is hard to insist on documentation.  In any event, fake documents aren't hard to purchase in Iraq.  So it is hard to vet these refugees.

DHS did plan on using one innovative method to keep terrorists out of the program.  It proposed to compare refugee-applicants’ fingerprints to the US Defense Department’s database of latent fingerprints found on IEDs in Iraq.  That seemed like a no-brainer.  Yet at least one of the terrorist-refugees recently arrested by the FBI did leave his latent prints on an IED, according to the arresting agent’s affidavit. And he was still admitted by DHS.

All that raises serious questions.  In my view, it suggests that the Iraq refugee program is misconceived – that we are taking too great a risk in bringing large numbers of Iraqi refugees to the United States whom we cannot vet properly.  But even for supporters of the current program, it raises questions about how the program should be run.

The most important is:  What went wrong in the vetting of these two refugee applicants?  Were there clues in the terrorist-refugees’ background that we failed to pick up on?  Did they use forged documents to win refugee status?  Were they aided by Iraqi terror groups to enter the United States?  And why did the DHS fingerprint program fail?  The FBI was able to match one refugee’s latent fingerprints to DOD’s records from a 2005 IED bombing, but it did that in 2011, as part of a criminal investigation.  Why didn’t DHS find the same latent fingerprints in 2009, before it admitted the terrorist-refugee?  Did DOD withhold the prints from DHS on “privacy” and other legal grounds?  Or did the matching process simply fail for technical reasons?  Has the Iraq refugee program been suspended or revised in light of the ability of terrorists to scam it?

These are vital questions, because we continue to admit large numbers of Iraqis as refugees (the Conference of Catholic Bishops says this year’s target is another 18,000 Iraqi admissions to the US -- a number that it thinks is too low but one that would increase the total number of Iraqi refugees in this country by 40%).  And, as the LA Times notes, “FBI Director Robert S. Mueller III told a House hearing in February that he had information that Al Qaeda in Iraq may have used the [US refugee program's] weaknesses to send operatives to the U.S.”  What are we doing to fix those weaknesses?  And if we can’t fix them, why are we continuing to make a priority of Iraqi refugee admissions?